EconoTree is proud to be a division of Bartlett Tree Experts, and our staff now has the backing of an international tree-care company and tree research laboratory to help continue providing excellent tree service and shrub care in the Redwood City, Ca region. View a complete list of professional tree services offered by Bartlett.

Worried About Pests? Look For These

Whether you are just a regular homeowner with a beautiful little garden or you are trying your hand at gardening for sustainability, pests can be your biggest threat. Pests are more dangerous than drought, more devastating than certain fungi, and can seriously harm your trees and greenery to the point that they will kill them.

So what can you do? The first thing is to just stay observant. You want to inspect your greenery and trees on a regular basis so that you know when there are more pets than normal. You can also know about the common tree pests around the Redwood City area – and there are plenty of them. However, knowing even a handful can help you to avoid and painful goodbyes.

Here are a few to look for:

The Gold Spotted Oak Borer is an invasive pest that hits many oak trees in California. In fact, this pest has led to the death of so many oak trees that the local government in San Diego has taken to launching an awareness campaign to make everyone aware of the problem.

So far, the diseases has been spotted in Riverside, Orange and Los Angeles Counties in Southern California as well as a few isolated areas all over the state, according to the University of California.

This is a growing problem and many people aren’t aware of it – so make sure to look around your trees. 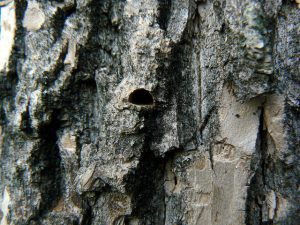 Polyphagous Shot Hole Borer or Kuroshio Shot Hole Borers are invasive wood-boring beetles that are particularly prevalent in Southern California but are extremely prevalent all over the state as well. They have been extremely vicious to our avocados, but they have a habit of hitting trees in landscaped areas as well. They are a native species, so they shouldn’t be pests, but the larger numbers that have emerged over the last few years have been dangerous.

According to Don’t Move The Firewood, “Studies at the Los Angeles County Arboretum and Huntington Library, Arts Collections, and Botanical Gardens have identified more than 200 species of tree, shrub, or vine that are attacked by the PSHB; these plants are in 58 plant families from every continent except Antarctica (Eskalen et al. 2013).  (More recent studies have found the beetle in more than 300 species (Coleman, 2016.) The Fusarium fungus was detected in 54% of these trees – 113 species.  Among the trees attacked by the PSHB are 11 species native to the southern California; 13 agriculturally important trees; and 53 species widely used in urban plantings. “ 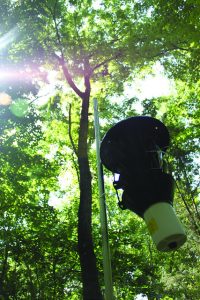 The walnut twig beetle enters into the trees and then eats or reproducing, spreading the disease. The activity of these beetles kills the phloem and cambium of the branches and main stem of the tree. They continue to wander around the tree and small cankers form all over the tree – hence the name.

According to the US Forest Service, the beetle is native to Arizona, California, New Mexico, and northern Mexico, but it has shown itself in other states as well. 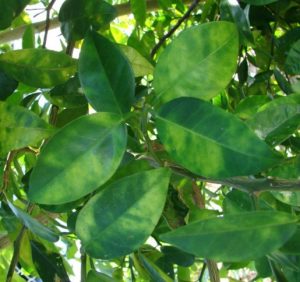 Credit: US Department of Agriculture

The newest problem facing California and those of us who love orange juice, lemonade, or other citrus fruits is the Asian Citrus Psyllid. This pest by itself isn’t invasive, but the bacteria that it carries on its tiny feet is extremely dangerous. If you think that you have this pest in your yard, make sure that you contact local authorities so that they are able to take steps to ensure your yard is an isolated event.

Because the bugs are so small, you sometimes have to look for the signs of the infestation, including browning of the leaves and yellow spots on the foliage.

According to the San Diego Tribune, “The psyllid travels from leaf to leaf, tree to tree, stopping to suck the sweet sugars from the leaves. As it sucks up sugars, the psyllid inadvertently injects HLB bacteria into the leaf, which begins the tree’s infection. The psyllid then moves on to the next tree and it does it all again.”

The end result? A very slow death where water and sugars can’t get into the tree so that it starves and dehydrates until it eventually dies.

Tree pests are a huge problem and something that everyone needs to work together to eradicate. Pests don’t only stay on your trees, they can move out and harm the trees of your neighbors. Too often, people don’t pay attention and a situation gets extremely dangerous when it didn’t have to be that way.

If you are looking for a tree care professional in Redwood City, give Econo Tree Service a call today at (650) 200-2495. We will help you to better understand your trees and how to handle any watering, planting, pruning, or other tree issues that you may find – of course, we can also help you with other issues as well, including any pests that you might have. We will provide you with the best possible tree service in the area, and provide you with real solutions that work.

Header image thanks to U.S. Department of Agriculture on Flickr!